Ciucă: The communist regime was a criminal one, an executioner of the Romanian people. We fight against all forms of illiberal politics 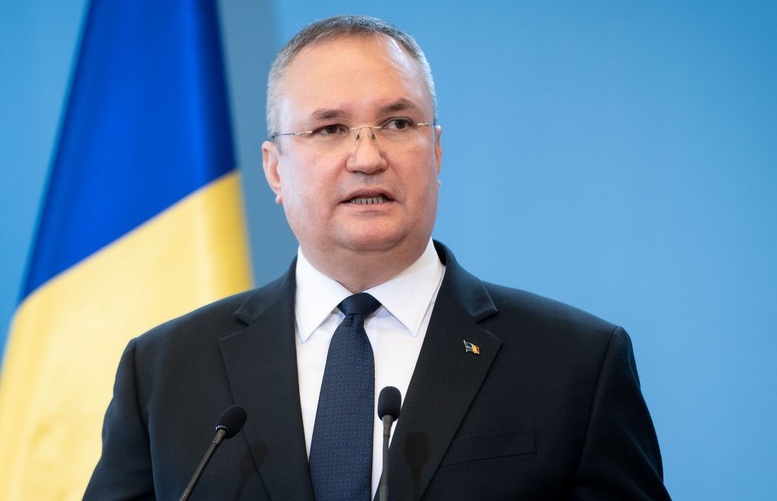 The communist regime in Romania was a “criminal”, an “executioner” of the Romanian people, which led to the moral and political destruction of the nation, Prime Minister Nicolae Ciucă said on Thursday, stressing that it is not allowed to give birth and the development of the seeds of new authoritarian or totalitarian regimes and must be fought “with all force” against any form of illiberal, populist, revisionist or national-extremist politics.

The Prime Minister participated in the proceedings of the 11th national conference “Romanian Communism”.

“My presence in this event reflects two official qualities, on the one hand, I am with you as the Prime Minister of the Government of Romania, a European state that has gone through the transition from the communist totalitarian regime to the democratic type regime western, which is now prepared to be an integral part of the great family of western democracies. The message we must carry forward is that the institutions of the Romanian state are democratic institutions, firmly anchored in Romania’s European and transatlantic course, the only way to social peace and economic well-being,” Ciucă said, according to Agerpres.

He added, as the president of the liberals, that PNL is the only historical party that survived the horrors of totalitarian regimes in Romania, was re-established immediately after the fall of the communist regime and developed during the last three decades through constant participation in the country’s governance.

“The liberal vision is the opposite of the totalitarian vision of society. There is an essential difference between liberal democracy and totalitarianism, on the other hand, there is an indissoluble link between liberalism and democracy, and the vision proposed by liberal democracy coincides with the strategic vision of our membership to the European and transatlantic space. The message we must carry forward is that history cannot be forgotten. History is part of our identity and history teaches us what we must do to preserve the freedom of the human being, as the foundation of our existence within a democratic society and a European state,” the prime minister claimed.

According to him, the communist regime in Romania was a “criminal” one.

“Communism came to Romania through violence, together with the Soviet tanks. It was a regime without a foundation within the social structure, which had nothing in common with the structure of traditional culture and the aspirations of Romanian society. The communist regime was a Soviet implant foreign to society Romanians. Communism was imposed and placed as an expression of the Soviet occupation until 1958, later as a mark of the USSR’s domination over Romanian society. Like any totalitarian regime based on an ideology that is based on an essential imaginary conflict, the communist regime in Romania it was a criminal regime, it pursued the dissolution and uniformity into mediocrity of traditional Romanian communities, flattened society, left it without elites and intellectuals”, explained the prime minister.

He recalled that the nation’s political, economic and intellectual elite were abolished and moved to political prisons, deported to Bărăgan and labor camps or directly to Siberia.

“For 44 years, communism systematically destroyed the fiber of the Romanian nation, tried to destroy the ancestral faith, limited and directed the newly created elites, built successive repressive regimes and one-person dictatorships. It must be repeated with power and conviction, as to hear and understand the entire Romanian society: the communist regime in Romania was a criminal regime, because it sought to destroy the freedom and dignity of a nation through oppression, suspicion and violence. The communist regime in Romania was an executioner and the Romanian people were his victim. Let’s never forget this,” highlighted Nicolae Ciucă.

In his opinion, there is a risk that the traces and memory of communism in Romania will fade, and the effects would be “disastrous”, because “forgetting evil makes evil triumph again”.

“We must be careful not to allow the birth and development of the seeds of new authoritarian or totalitarian regimes in the very heart of Western democracy, which we want to consolidate. Therefore, through such activities as the ones you organize, through such speeches assumed at the official level and through concrete actions to consolidate democracy, we must show where the danger in a society comes from and fight with all our strength against any form of illiberal, populist, revisionist or national-extremist politics. We must keep alive the memory of the period of the communist regime in Romania is part of our contemporary history that we all share and those who were born and lived in that regime and those who were born in freedom and never knew the horrors of such a regime oppressive and destructive,” said Prime Minister Ciucă.

He mentioned several initiatives carried out at the national level such as the Museum of the Horrors of Communism in Romania, the Prison of Silence Memorial and the Educational Center on Communism in Romania from Râmnicu Sărat, a project included in the National Recovery and Resilience Plan, as well as the National Museum of the Anti-Communist Revolution in December 1989, which is to be built in Timisoara.

“All these will be museums that will honor the memory of the victims of communism and will represent a testimony of the struggle of the Romanian people for freedom”, added Ciucă, who also mentioned Romania’s participation in the construction of the Museum of Victims of Communism in Washington DC.

According to the prime minister, the best defense against any form of authoritarianism is the consolidation of constitutional democracy within a European democratic society.

“The consolidation of democracy is the most important legacy that we owe to all those who had the courage to revolt against an absolute totalitarian power. As the Prime Minister of Romania, I undertook to reaffirm the action of the Executive I lead for the defense and the promotion of democracy, fundamental rights and freedoms, the rule of law, in parallel with the unequivocal support of the fight against extremist, revisionist and xenophobic tendencies and currents that poison society. I will continue to support projects dedicated to honoring the memory of the victims of totalitarianism, as well as education in the spirit of truth and fundamental values,” Nicolae Ciucă also declared.

God of War: Ragnarok, Sony's best-selling game of all time: what records it broke on PlayStation