In the postponed Total War: Warhammer III, Chinese Cathay embarks on Chaos for the first time 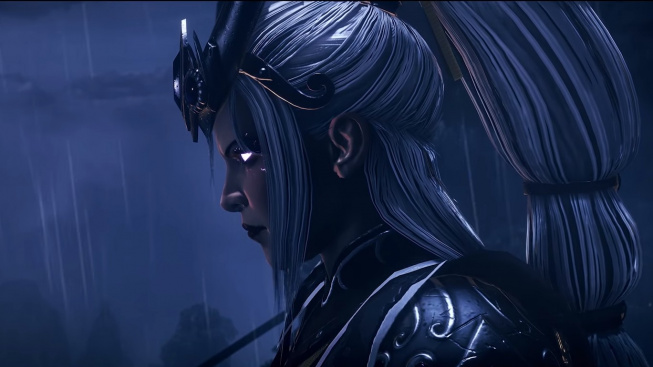 Although we learned the unpleasant news today that Total War: Warhammmer III is postponed from the end of this year to the beginning of next year, the developers from Creative Assembly and their collaborators from Games Workshop have at least introduced us to a new faction. The faction that the fans have been waiting for for 40 years. Welcome to the Empire of Cathay!

Warhammer III, a new part of an excellent subset of fantasy strategies, in which humans, elves, vampires, orcs, Aztec lizards and many other vermin fight together, focuses on one thing only: the struggle of human kingdoms against the forces of Chaos. And the most important defenders, whom, of course, no one will ever thank for their sacrifices, are the Russians and the Chinese in the fantasy world of Warhammer.

Kislev, inspired by Slavic culture, has already been introduced to us (plus I played directly for him and brought you my impressions of playing), but the Chinese Cathay is only now coming to light. And for the very first time. Although the Empire had been mentioned in the accompanying materials to Warhammer since the 1980s, it never received its own army book, specific units, or detailed rules. And that will change now.

Cathay will be led into the fight against Chaos by two legendary heroes, the children of the reigning emperor and empress, the oldest living beings in the world. They match the gods with their power and do not interfere much in the affairs of the ordinary world – that is why we will control their weaker but more active descendants in the game. Which, by the way, are both dragons in human form, and if they want to, they can turn into huge, magical, indestructible lizards.

The problem is that Zhao Ming, the Iron Dragon, doesn’t really love his sister, Miao Jing, the Storm Dragon. The defense of the empire is thus significantly complicated, which is not good news, because on the northern borders lies the wasteland of Chaos, from which the minions of the god Tzeentch are very happy to attack. Miao Jing in particular, the commander of the mighty Great Fortress, doesn’t really have it easy, as you can see in the properly epic trailer above.

At least our dragon girl isn’t alone. He has at his disposal a perfectly trained army of guys with spears and halberds, whose task is to protect the real striking forces – artillery, crossbowmen, mages. Above all, rocket hot air balloons hover, reminiscent of beautiful lanterns, and when it gets really tough, gigantic terracotta soldiers wake up.

The developers will talk about the specific features of the Cathay campaign, as well as the hitherto unseen Iron Dragon, next time. It seems, however, that with this vast, ancient, highly defensively tuned civilization, the demons will not have it easy – which, after all, makes sense when the evil factions have a four-to-two advantage over the worthy ones.

In any case, I hope that, thanks to Cathay, Warhammer III will show even more on the extremely lucrative Chinese market – the great success of the Three Kingdoms work proved that the good old Total War can attract even a completely new audience. And when the creators have pockets full of money, maybe they will finally throw themselves into the third Medieval…

Pokémon Unite has been downloaded over nine million times

Warzone map somewhere in the Pacific

Another streamer leaves Twitch. YouTube Gaming is getting a new famous name