The new revision of PlayStation 5 is controversial. Is it really worse than the original?

Sony has announced a new revision of the PlayStation 5 without any announcements, which, among other things, the head of the screw for attaching the stand looks completely identical. You can tell for sure from the original version by comparing the serial number, which now bears the designation CFI-1100, which used to start with the CF-1000.

The second hallmark, which you will not discover with your eyes, is lower weight. The revision of the CF-1100 weighs about 300 g less than the original. At the time of the original news release, it was not yet known what we owed for such weight loss, but now it is clear. The new series was enough to fall into the hands of several YouTubers or editors who were not afraid to disassemble it. They discovered the reason right after removing the console motherboard – the new version has a significantly smaller heat sink passive. Judge for yourself: 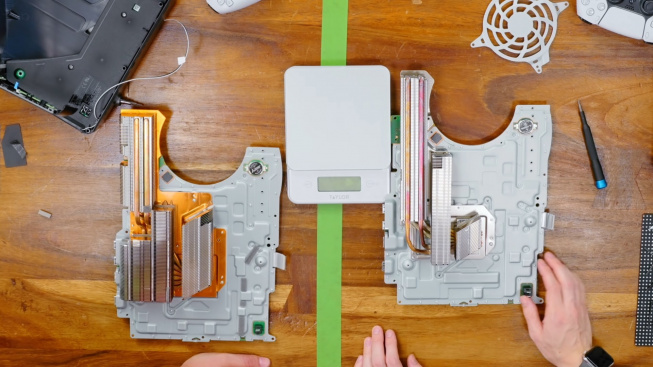 The first discoverer who clearly showed the secrets of the reworked passive was the technological YouTuber Austin Evans. Unfortunately, according to the motto “controversy does the push-ups”, he presented a new revision of the PlayStation 5 as a step backwards, although he did not have sufficient evidence to conclude. Although he performed a temperature and noise test in the video, the measured values ​​were not meaningful (difference approx. 2 ° C), as well as the accuracy of the measurement can be doubted, as this was done relatively carelessly. In the end, his clear verdict also breaks down the fact that the new revision was given a lower cooling noise, which would probably not happen in the case of a state where the console is struggling with temperature blocking.

I am not saying that a smaller liability cannot change the operating characteristics of the console, but it cannot be concluded from such a cursory test. In addition to the new passive, the console also has a slightly different fan with slightly elongated blades, to which we can easily attribute a reduction in noise – at least hypothetically, until someone performs a detailed, rigorous test. 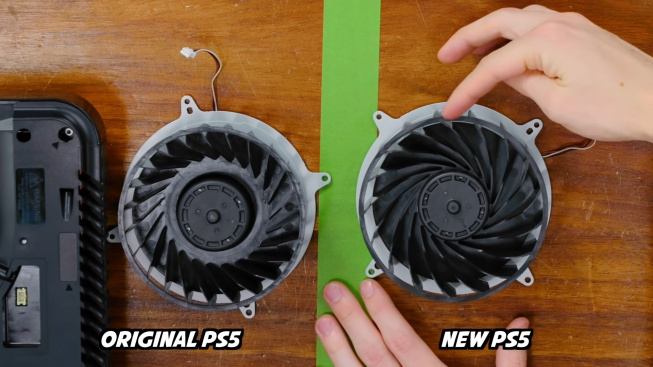 The renowned one also encourages restraint in the conclusions e-zine Digital Foundry. According to him, it is certain that the change aims to reduce production costs, but it may no longer result in a deterioration of the console. The introductory batch of PS5 could have oversized cooling so that the first mass-produced pieces would not cause problems under any circumstances, however, after being “tested in the wild”, Sony could conclude that cooling could be made more efficient and liabilities reworked. Perhaps based on user data from telemetry. And what’s wrong with a heatsink that, along with a new fan, keeps cooling within the operating tolerance of the console, is just as noisy, if not quieter, and saves manufacturers money?

If the PS5 operation appears unchanged to the console owner, it does not matter what passive is mounted on the board. Perhaps the only question that may arise is whether the lower passive capacity may limit the console’s ability to maintain maximum beats, and therefore its expected performance, in the long run. But this cannot be said without detailed and long-term tests, it is not so sensible to condemn the new version right from the start, and moreover in a situation where the new revision does not show that it would have an overheating or something similar. Replacing at least 2 ° C core temperature for considerable financial savings (millions of pieces will be sold to PlayStation, even a few dollar reduction in costs can make large sums) does not seem heretical to me.

So much fills Marvel’s Guardians of the Galaxy

Saints Row is time-exclusive on the Epic Games Store

New Lost Judgment trailer is about the story